Surprise, surprise, America’s independence was actually declared by the Continental Congress on July 2, 1776. The night of the second the Pennsylvania Evening Postpublished the statement:”This day the Continental Congress declared the United Colonies Free and Independent States.”  However, the Declecaration of Independance,  was adopted on July 4th  and this event overshadowed the actually declaration.

American History was not one of my favorite subjects in school.  Shame on me!  History is a lesson, not just of what happened in the past but what can be prevented in the future.  History is a tool that helps us learn how to prevent the bad history from repeating itself.  I believe this is possible, but only if we know and understand the whole truth of history.  If we go back and understand the people of the time, their passions, their hopes, their dreams, their faith, then we as Americans can go forward and know that when we mouth the words “Freedom is not Free” we will know the cross we will have to bare in order to keep those four words alive.    The first Americans, who by the way were not Americans, but English subjects who came to a new land not to be separate, but just to be free from a  tyrannic King.  And in the course of time, and by the will of God, America was created.

The Declaration of Independence was comprised by men who truly had passion, hopes, dreams, and a faith that help mold America into the land of the free.

If we lose this freedom,  “Where would you go to be free and what would you sacrifice for it’ 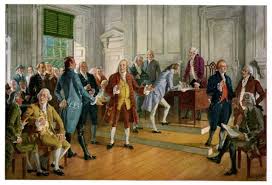 On July 4th, 1776, fifty-six men signed a document declaring
their views and beliefs on how a people should be governed.
Have you ever wondered what happened to the 56 men
who signed the Declaration of Independence?

Five signers were captured by the British as traitors,
and tortured before they died.
Twelve had their homes ransacked and burned.
Two lost their sons serving in the Revolutionary Army,
another had two sons captured. Nine of the 56 fought and died
from wounds or hardships of the Revolutionary War.
They signed and they pledged their lives, their fortunes,
and their sacred honor.

What kind of men were they?
Twenty-four were lawyers and jurists. Eleven were merchants,
nine were farmers & large plantation owners; men of means, well educated. But they signed the Declaration of Independence knowing full well that the penalty would be death if they were captured.

Carter Braxton of Virginia, a wealthy planter and trader,
saw his ships swept from the seas by the British Navy.
He sold his home and properties to pay his debts, and died in rags.
Thomas McKeam was so hounded by the British that he was forced
to move his family almost constantly. He served in the Congress without pay, and his family was kept in hiding.
His possessions were taken from him, and poverty was his reward.

Vandals or soldiers looted the properties of Dillery, Hall, Clymer,
Walton, Gwinnett, Heyward, Ruttledge, and Middleton.
At the battle of Yorktown, Thomas Nelson, Jr., noted
that British General Cornwallis had taken over the Nelson home
for his headquarters. He quietly urged General George Washington
to open fire. The home was destroyed, and Nelson died bankrupt.

Francis Lewis had his home and properties destroyed.
The enemy jailed his wife, and she died within a few months.
John Hart was driven from his wife’s bedside as she was dying.
Their 13 children fled for their lives.
His fields and his gristmill were laid to waste.
For more than a year he lived in forests and caves,
returning home to find his wife dead and his children vanished.
A few weeks later he died from exhaustion and a broken heart.

Such were the stories and sacrifices of the American Revolution.
These were not wild eyed, rabble-rousing ruffians.
They were soft-spoken men of means and education.
They had security, but they valued liberty more.
Standing tall, straight, and unwavering, they pledged:
“For the support of this declaration,
with firm reliance on the protection of the divine providence,
we mutually pledge to each other,
our lives, our fortunes, and our sacred honor.”

They gave us a free and independent America.
The history books never told you a lot of what happened
in the Revolutionary War.
We didn’t just fight the British. We were British subjects at that time
and we fought our own government!
Some of us take these liberties so much for granted…
We shouldn’t.

So, take a few minutes this 4th of July holiday
and silently thank these patriots.
It’s not much too ask for the price they paid. 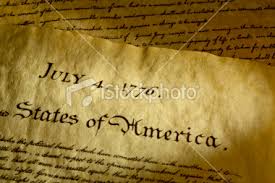 THE DECLARATION OF INDEPENDENCE:

“Whenin the Course of human events, it becomes necessary for one people to dissolve the political bands which have connected them with another, and to assume among the powers of the earth, the separate and equal station to which the Laws of Nature and of Nature’s God entitle them.…. http://www.ushistory.org/declaration/document/ 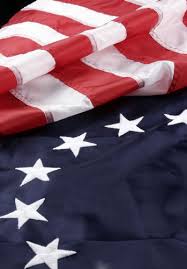