I was asked to make lemon potatoes for my grandson’s birthday because my daughter-in-law wanted to serve chicken and beef souvlaki and what better to serve them with then Greek Lemon Potatoes.

Greek Lemon Potatoes are quite easy to make.  Preparation is even easier and thanks to Martha Stewart’s lemon potatoes recipe the potatoes were a big hit. 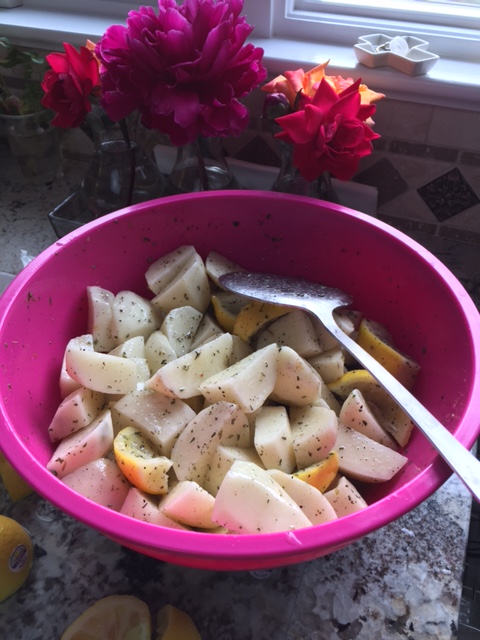 Cutting up the potatoes was most of the work.  I peeled and cut up 5 lbs of russet potatoes. Then I tossed in oregano, oil, 3 freshly squeezed lemons (1/2 cup), salt and pepper.

I throw in one of the lemons with the potatoes just because I thought it would add to the lemon taste. 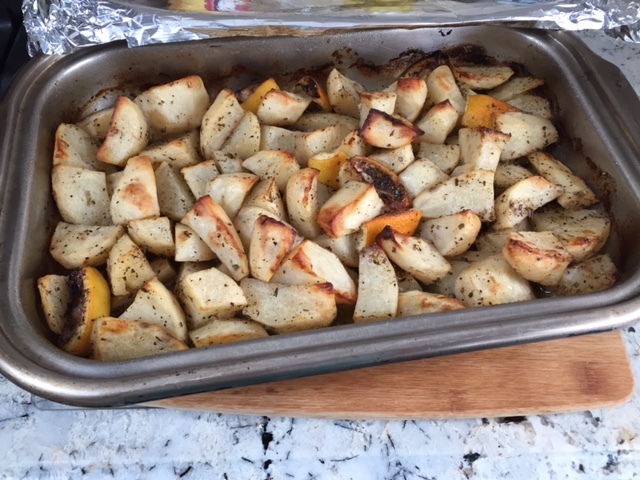 The finished product was TELEIOS (Greek for perfect).

YUM!  It was a big hit with the family and the souvlaki.

Note:  This recipe called for Greek oregano, of which I had none.  I used the oregano I had in my pantry.  Next time I’ll use Greek oregano which can be purchased at a Greek or Italian market.

Oh, did you know that oregano is Greek for “joy of the mountain.”