A Moscow Mule,  an alcoholic drink that was concocted by John Martin and Jack Morgan, and served up in a copper cup.  Moscow Mule, in case you are not aware is a drink with a kick – a vodka kick.

I was first introduced to Moscow Mule this past January.  What caught my attention about this drink was the Ginger Beer and the copper cup it was served in. 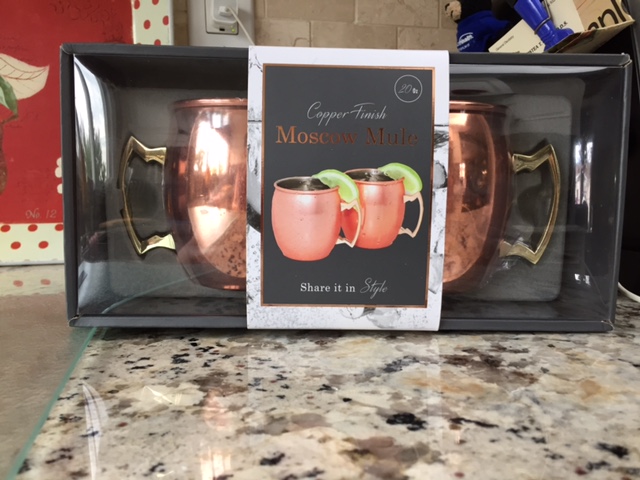 It is the copper cup that gives Moscow Mule its own style and distinction.  So not only is the drink a great cocktail drink but it is a drink that makes its own announcement. 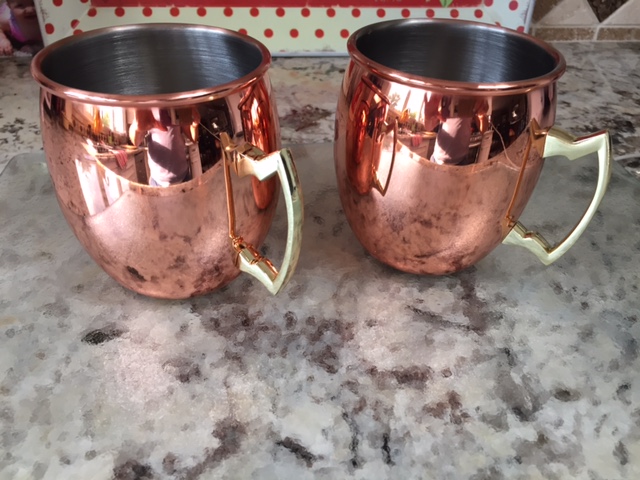 There has been talk about 100%  copper cups and health , but after reading an article in businessinsider.com they point out that “You’d have to drink from a copper cup every meal of every day for 25 years,” to be poisoned by the copper.  Which means, an occasional Moscow Mule is not going to be harmful. 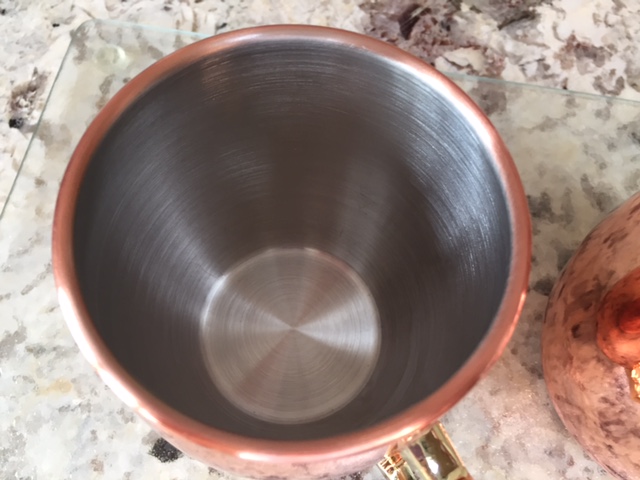 However, the copper cups I purchased are lined with stainless steel. 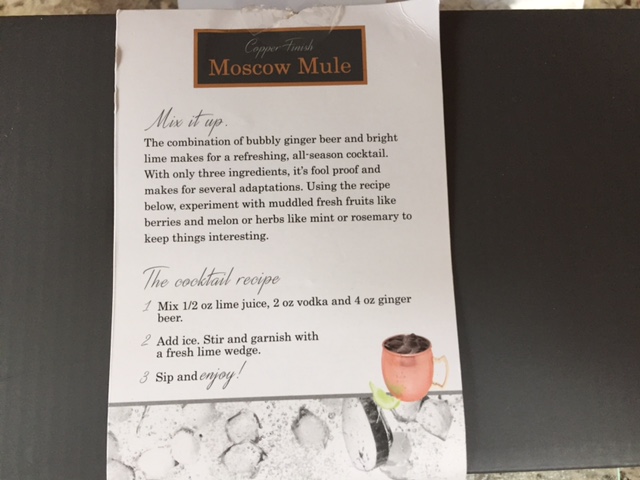