Getting the grand kids ready for school on Halloween morning made me realize how much fun Halloween is. 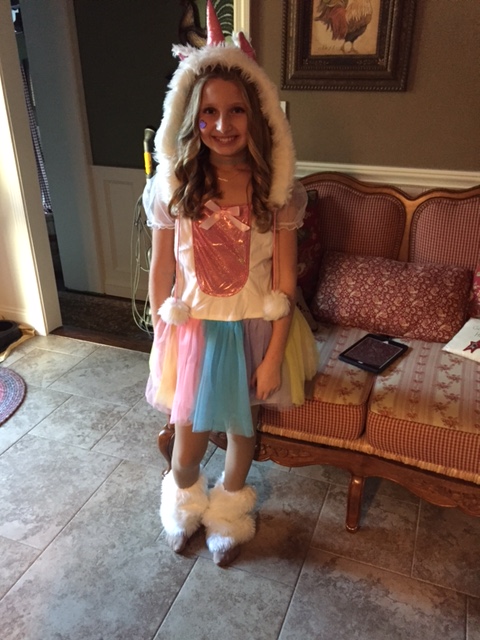 When my granddaughter told me she was going to dress as a unicorn, this Halloween, I scratched my head in wonder. I wondered where she got that idea from.  I thought, a unicorn was a very unusual costume.  However, once I saw my little Sophie all made up in her colorful unicorn outfit I quickly came around to the unicorn way. 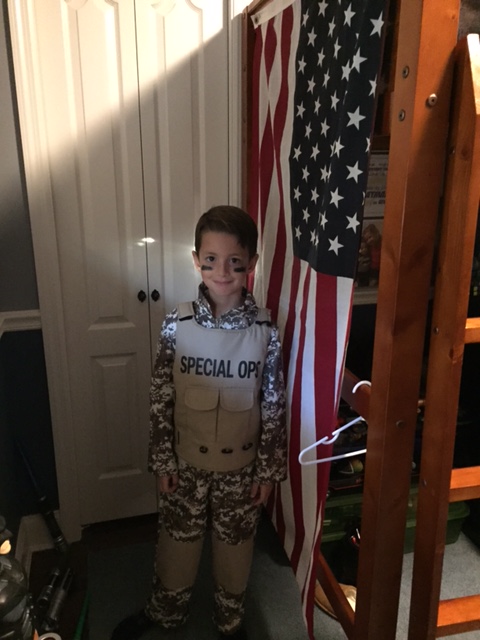 As for my grandson.  Well, his costume was more military.  Christian has become so patriotic.  Yes, the flag hangs in his bedroom.   My Christian is growing up!  This was the first Halloween he did not go as Batman, Batman has been his official costume for the last 6 years.  hooray! 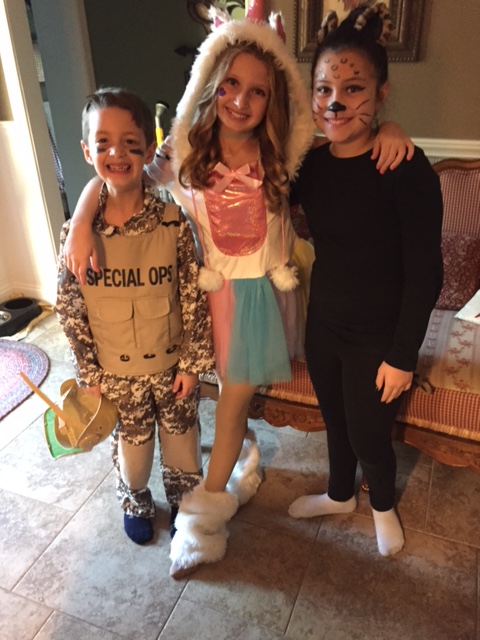 Then to my morning surprise Adriana was dropped off by her dad, unexpectedly, cause he couldn’t’ bring his daughter to the school bus stop.  It was a Halloween delight with all three sharing their Halloween morning with me. 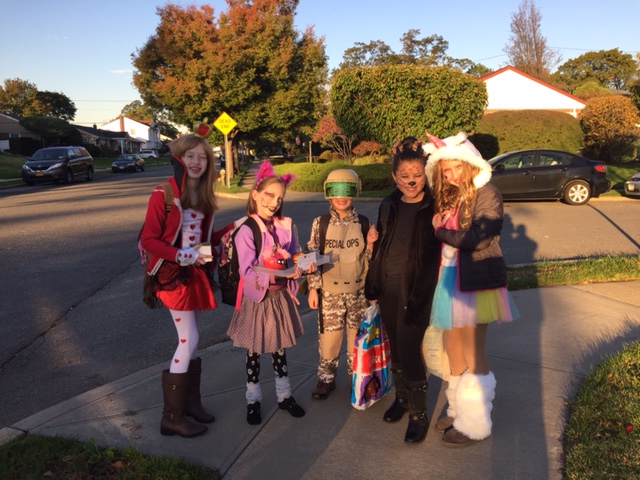 Now, I thought I had seen the best of Halloween.  Until, we got to the bus stop corner and there we meet up with other children.  Yet, not one was ghoulish, not one was wicked, but it’s still Halloween .