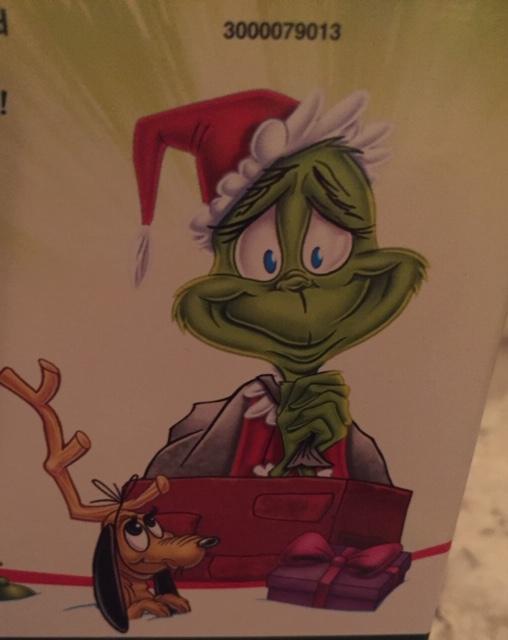 It’s holiday decorations, Christmas caroling, and gift giving time! What a perfect time to keep the Grinch under wraps,, along with is dog, Max. The Utlimate Edition is a treasured gift that belongs under the green tree. Dr. Seuss’, How The Grinch Stole Christmas, Ultimate Edition  is all mean and green!  The best-selling, perennial holiday classic, How the Grinch Stole Christmas!: The Ultimate Edition, got even better with the addition of two Grinch specials, which are available in high definition for the first time ever! Magnificently narrated by Boris Karloff (Frankenstein, The Mummy) and directed by animation genius and cartoon legend Chuck Jones (Looney Tunes, What’s Opera, Doc?), How the Grinch Stole Christmas! tells the story of the miserable Grinch, who wants to sabotage Christmas for all the Whos in Who-ville.

This release also includes The Grinch Grinches the Cat in the Hat and Halloween is Grinch Night. Available now on Blu-ray™ Combo Pack, which includes a Blu-ray™, DVD and digital copy.